I have exciting news!!! The **~NYC Foodie Bucket List~** has received a MAJOR makeover! CHECK IT OUT! WOOOOOH! On this new and improved list, each restaurant’s website is linked on its name, the name of the restaurant is followed by its address (with its cross streets), what the restaurant is popular for is bulleted underneath its name, I’ve written my recommendation for what to get for those I’ve been to, and those I’ve reviewed are linked to my post! I’m thrilled to share this update with you and I hope you put it to good use!

I’m also so excited to share my yummy meal from one of the restaurants that’s been on my list for ages– The Butcher’s Daughter! This self-titled “vegetable slaughterhouse” prides itself on treating veggies even better than most restaurants treat meat, serving vegetarian and vegan meals made with seasonal produce and good vibes!

The decor is spot on. It’s a classic butcher’s shop, but doused in sunlight and dressed up in boho-chic attire! 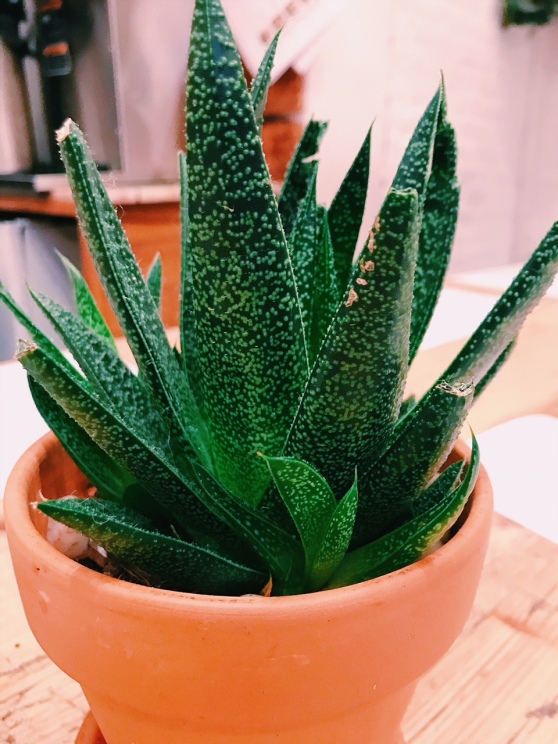 If you know me, you’re probably aware that I love cacti and succulents, so I was quite pleased.

For an appetizer, we ordered the Nachos Libre– house-made, crispy tortilla chips, topped with a smoky black bean chili, and vegan cheddar cheese & sour cream. I’ve always been a skeptic of vegan cheese, because, frankly, it’s weird. This one was not so weird! It was actually way better than not so weird! It definitely doesn’t melt like regular cheese, so there’s that, but it was surprisingly so good and satisfyingly creamy! Speaking of creamy… the guac. Amazing guac.

Pico de gallo and a refreshing squeeze of lime gave bright flavor to this vegan twist on a casual classic — the whole dish felt much fancier than your typical nachos, and I loved it! 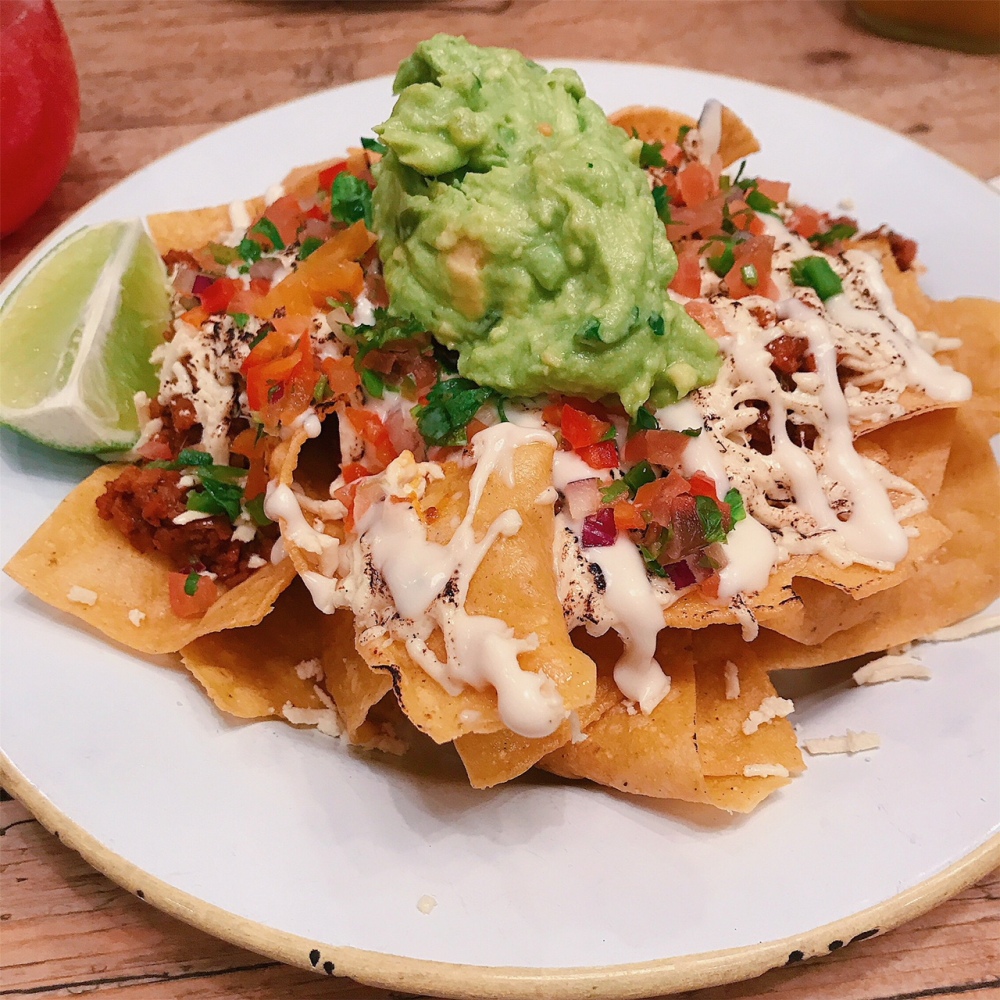 For my main, the Angel Hair Carbonara, pasta was replaced with finely shredded spaghetti squash, and it was topped with cashew ricotta, burst cherry tomatoes, and wilted arugula. AND I ordered it with a sunny-side-up egg on top, because why not? Even though I’ve always loved the idea of carbonara, I don’t usually get to order it at restaurants because I don’t eat bacon, and that’s kind of a major part of it… so I usually stray away. Because of this I was really thrilled to be able to order a veggie version of this classic dish!

Yet again, I was impressed by how delicious vegan cheese could be! The cashew ricotta was heavenly when mixed with the runny egg yolk. That texture is impossible to beat. Though nothing can truly replace pasta, spaghetti squash was a lovely alternative, and it lightened up this otherwise rich and luscious dish beautifully! 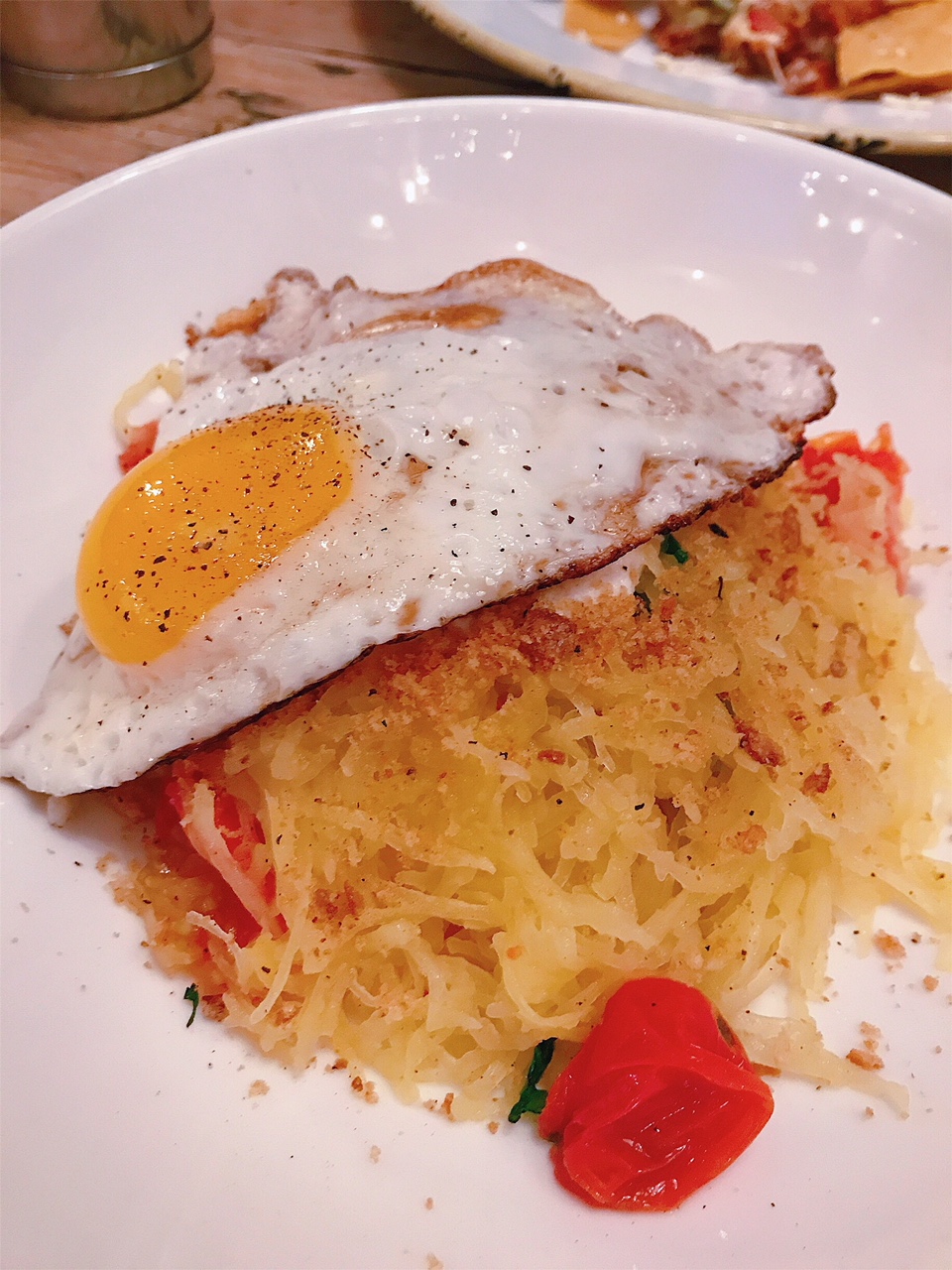 Our server was also so so friendly, adding even more to the wonderful experience that is The Butcher’s Daughter even better! This place was perfect for dinner, but I’ve also heard they have incredible brunch, so I’ll definitely be back for that!